BRAF gene—A gene that produces a protein that sends messages to influence cells and cell growth. In many cancers, this gene is changed or mutated, which in turn can promote the growth and spread of cancer cells.

BRAF negative—Also referred to as wild type. No change in BRAF gene detected.

cancer—Diseases in which abnormal cells grow out of control, usually in a lump or mass called a tumor. Tumors can destroy healthy tissue, and cancer cells can spread to other parts of the body through the blood and lymph systems.

cell—The basic unit of living tissue in the body. Cells are replaced through a process of division and duplication. This process is disrupted in cancer.

chemotherapy—Also called chemo. Drugs that kill cells that grow rapidly; including both normal and cancer cells.

clinical trial—Also called clinical study. A research program that tests the safety and effectiveness of a new drug or treatment. Can also be used to test new ways of screening for, diagnosing, or preventing a disease.

experimental drug—A substance or agent that, after laboratory testing, has been approved by the FDA for testing in humans.

gene—Pieces of DNA with information the body uses to make new cells and specific proteins; also used to pass traits from parents to offspring.

imaging test—Also called imaging procedure or study. The process of taking pictures of areas or structures inside the body. X-rays, CT scans, magnetic resonance imaging (MRI), PET scans, and ultrasound are all imaging tests that can be used to diagnose or stage cancer.

immune system—The complex system that is the body’s natural defense against infection and disease. It may help the body fight some cancers.

immunotherapy—Treatment that can enhance the ability of the body’s immune system to fight disease.

immuno-oncology—A field of cancer research and treatment involving therapies designed to work with the body’s immune system to fight cancer.

infusion—Also called intravenous infusion or IV. The process of putting medicines and fluids into the bloodstream through a needle inserted in a vein.

malignant—Cancerous; indicates disease where cells growing out of control can invade and destroy nearby tissue, spreading to other parts of the body.

melanoma—Cancer that starts in the cells that give skin its brownish color (melanocytes). If not discovered early enough, or left untreated, melanoma can spread to other parts of the body, making it the most dangerous form of skin cancer. However, it is usually curable if discovered early.

metastatic—A cancer that has spread from where it started to other places in the body.

mutation—Any change in the DNA sequence of a cell. One could inherit a DNA mutation (be born with it), or acquire the mutation (happens after being born).

oncologist—A doctor with special training in the diagnosis and treatment of cancer. Some oncologists specialize in specific cancers.

prognosis—A prediction for the course of a disease; the chance of recovery, recurrence, or survival.

side effect—An undesired effect of a medical treatment.

systemic therapy—A treatment that goes into the body, travelling through the bloodstream to reach and affect cells all over the body. Systemic therapy could include chemotherapy and immunotherapy.

T cell—A type of white blood cell in the immune system that protects the body from infection and may help the body fight cancer.

tumor—An abnormal lump or mass of tissue (a layer of cells). A tumor forms when cells divide more than they should or do not die when they should. Tumors can be benign (not cancerous) or malignant (cancerous).

unresectable—Not able to be surgically removed.

YERVOY® (ipilimumab) is a prescription medicine used in adults and children 12 years of age and older to treat melanoma (a kind of skin cancer) that has spread (metastatic) or cannot be removed by surgery (unresectable).

It is not known if YERVOY is safe and effective in children less than 12 years of age. 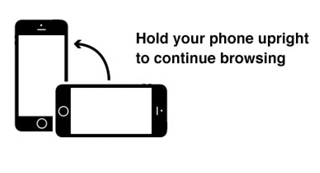